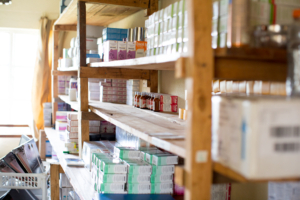 At the end of every month, we highlight key readings—and other information sources such as podcasts and videos—that during the month have provided us with new knowledge about efforts to improve access to health technologies in low- and middle-income countries (LMICs). Though we are always eager to learn about exciting new technologies for health improvement, what really matters, in our view, is the process of getting these technologies to the people who need them. Therefore, the knowledge sources that we highlight here are not about the characteristics of health technologies or the processes behind their research and development, but instead are about the people and systems that make access happen. When we talk about access, we mean “people’s ability to obtain and appropriately use good quality health technologies when they are needed” and we conceive of the access process in terms of four sets of activities—related to architecture, availability, affordability, and adoption—that occur simultaneously at the global-level and within national health systems (click here for more about this access definition and framework). In curating these readings every month, we hope to spotlight emerging knowledge about new and ongoing efforts to address persistent barriers to access, the consequences (both intended and unintended) of these efforts, and information gaps in the access to health technologies field.

–It was World TB Day on March 24 and we highlight two papers this month about efforts in India to provide access to Xpert MTB/RIF for the diagnosis of pediatric TB and drug resistance. The Foundation for Innovation in New Diagnostics (FIND) and the Revised National TB Control Program in India (RNTCP) undertook a USAID-funded project in four cities that rolled out free, rapid Xpert testing for all presumptive pediatric TB patients. The project is described here, and this paper presents findings from the project’s qualitative study of Xpert practices and barriers to use. The authors report that for those who diagnose and treat pediatric TB, improved access to Xpert helped raise awareness about drug resistant TB in children, assisted in antibiotic stewardship, and reduced clinical diagnosis. The study also found a diversity of Xpert utilization practices among providers and emphasizes the importance of placing Xpert early in diagnostic algorithms, conducting intensive and continued advocacy with providers, and ensuring a system of ongoing access to affordable Xpert as well as rapid diagnostic turnaround time.

–The TRIPS (Trade-Related Aspects of Intellectual Property Rights) flexibilities are a set of measures that WTO Member States can take to improve access to medicines. This paper documents the use of TRIPS flexibilities between 2001 and 2016 to access lower priced generic medicines and finds that TRIPS flexibilities were invoked more frequently than commonly believed, and that the majority of these were successfully implemented.

–The Farmácia Popular Program (FPP) in Brazil is a government subsidy program for essential medicines launched in 2004 with the objective of improving medicine access and decreasing the financial burden of households. An analysis of the FPP documents its implementation and finds that it has promoted access to medicines for hypertension and diabetes, and has also led to the establishment of a pharmaceutical information system in Brazil.

–WHO in 2013 released a framework for decision-making about how to prioritize vaccinations in acute humanitarian emergencies. MSF shares its experiences of using this framework in a displacement setting in South Sudan. MSF used the framework to prioritize vaccinations and then successfully conduct a series of mass vaccination campaigns against epidemic-prone diseases. However, the organization was not able to gain authorization from the MoH to implement the full package of priority vaccines. The authors suggest that for the framework to reach its full potential it should be adapted for field use and also be introduced to national decision-makers as to its importance and practical relevance.

–The spirometer is a medical device that has been used for more than a century to measure lung function. Spirometers come outfitted with “race correction” in which lung function values are reduced for patients who are identified by their doctors as black; this design was based on the flawed assumption of inferior lung capacity of non-whites. Professor Lundy Braun has won this year’s Ludwik Fleck Prize for her book Breathing Race Into the Machine: the Surprising Career of the Spirometer from Plantation to Genetics in which she documents the spirometer’s history and traces the processes through which racial and ethnic differences became normalized in medical, public health, and insurance fields.

Do you have a knowledge source that you think should be included? Great! Please send suggestions to Laura at laurajfrost@glohi.org or tweet to @laurajfrost.